From very early beginnings, Nicole trained with the best in the Industry including Bernadette Langshaw-Clark, and at Pineapple studios (London). Fully qualified in RAD Classical Ballet, Nicole found her love of teaching to be grounded in Jazz which she has successfully taught for over 20 years across Sydney. Throughout her performing career Nicole has worked with top choreographers and been cast in many Sydney shows including Corporate gigs, Commercial Dance contracts with Di Heaton, Super League, Sydney City Roosters, Canterbury Cheerleaders, Hannah Barbera, Australia’s Wonderland and Walt Disney Productions.

2012 now marks an important era for Nicole joining forces with Hornsby Dance to form INDUSTRY PERFORMING ARTS. Her passion for teaching is evident in her solo and group routines and she is proud of her students’ many successes at local and national level Eisteddfods and being cast in professional children’s shows with RegProm Marketing &
Promotions.

At the age of 5, Shannon commenced her dance training under the guidance of Samantha Simpson and Nicole Hough. She has completed all her R.A.D ballet exams and achieved her Advanced 2 ARAD. Shannon completed full-time ballet at The Conlan College under the direction of Simone Conlan, training with some of Australia’s elite. Whilst on her journey to becoming a ballerina, she realised her passion for teaching ballet. Shannon has since achieved her R.A.D teacher’s certificate and is a qualified Primary School Teacher with an arts degree majoring in Dance and Creative arts.

Kate began dancing at the age of 6 at Ecole Classique under the directorship of Prudence Bowen. At 15 she joined their full-time program (by then under new directorship) and later Tanya Pearson Classical Coaching Academy whilst continuing to train with Prudence Bowen privately. In 1998 she completed her RAD Advanced 2 exam, was awarded the Warringah Scholarship, received the RAD Bursary, won The McDonald’s Ballet Scholarship, was awarded the gold medal at the Genee International Ballet Competition and received a scholarship from The Prix De Lausanne International Ballet Competition to The Royal Ballet School in London which she commenced in 1999.

In 2000 she returned to Australia and began teaching at The Conlan College of Classical Ballet where she remained as head of Faculty under Simone Conlan as well as standing in as director for a year whilst Miss Conlan was on maternity leave. Kate spent 2 years in Western Australia with her then fiance Ben and taught for Samantha Leeman at Stevens Dance Academy. She completed her Teachers Certificate with the Royal Academy of Dance in 2003. Some of Kate’s choreographic highlights include winning McDonalds Sydney Eisteddfod Dance of Champions 2013 entry, Por una Cabeza. The Open Age Classical Groups from 2011 to 2016. Kate is married to Ben and has two sons, Mitchell and Archer. 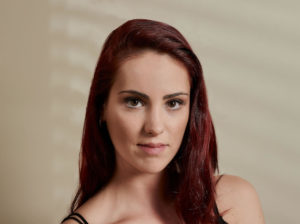 Jessica Hesketh studied classical ballet and contemporary dance full-time at Ev and Bow Full-Time Dance Training Centre (Sydney, Australia). Following her graduation in 2009 Jessica was the runner up in the 2010 season of So You Think You Can Dance.Jessica joined the Australian Dance Theatre in 2010, and has performed in the premieres of Worldhood (2011), Proximity (2012), Be Your Self (2012) and Daniel Jaber’s Nought (September 2013). Jessica was also a part of the Australian tour of G (May-July 2013) and Proximity (August 2013). As well as performing nationally, Jessica has toured internationally multiple times with the company, performing in France, Netherlands, Germany, Belgium, Spain, Portugal, Austria, Luxembourg, Norway and England with Be Your Self (2011) and Proximity (2013, 2014). Also, Jessica has worked with numerous leading Australian choreographers including Marko Panzic and Stephen Tannos in the Dream Dance Company, Shaun Parker in his production of Trolley’s which was performed at the Sydney Street-Art Festival (2016) and Amé Delves for fashion brand Balmain at Macau Fashion week (2019). Jessica was a part of Laser Vision Australia’s Star Dancer, which premiered in Dubai (2017) and is a permanent fixture at Dubai Festival City. Currently, Jessica is a regular with Opera Australia, being part of their touring production of Faust (2015-Sydney, Adelaide, Perth and return Sydney season 2019), H.O.S.H season of Turandot (2016), Aida (2018) and Lakmé premiering in Muscat, Oman (2019). 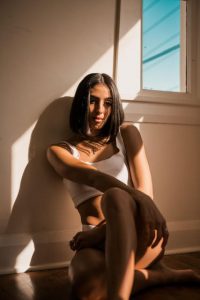 Ashleigh Tavares is a commercial dancer based in Sydney, Australia. Since graduating from Newtown High School of the Performing Arts and Brent Street’s Full-time course she has gone on to work consistently both throughout Australia and overseas. Some of her professional experiences include; So You Think You Can Dance Semi- Finalist, Resident Dancer on X-Factor, The Voice and Australia’s Got Talent and The Masked Singer. And live performances with Cher, Ricky Martin, Kylie Minogue, Zara Larsson, Charli XCX, Little Mix, Delta Goodrem, Havana Brown, James Arthur and many more.

Tania began dancing at the age of 5 but her genuine passion for tap arose in her early teens when she started to complete the B.A.L Tap Syllabus. Achieving Honours in her exams, Tania knew her love of tap was only at its surface. Throughout her schooling Tania completed numerous eisteddfods and still today she is involved with many of Australia’s leading dance competitions.
In 2012 Tania started training with nationally and internationally known artists including Derick Grant, Sarah Reich, Aoedle Cassel as well as Shane Preston, Winston Morris, Glenn Wood and many others. Tania has also worked alongside other great Australian tappers like Glenn Dumbrell for the 2015 Chinese New Year Festival Parade, Tracey Wilson and many others including current and ex-Tap Dogs. In 2013 Tania completed her University degree of BA Arts Major in Dance. Through her degree she enhanced her abilities to explain movements, explore shading and tones of sound and the musicality of dance. She now is a full time dance teacher at various studios across Sydney and is constantly performing on weekends for various tap, hip-hop and cheerleading events so she can keep up-to-date with the new styles and standards in dance.

Jessica started dancing at the age of 3. Jessica attended the Sonja Dene Dance Studios where she gained most of her training in ballet, jazz, contemporary, musical theatre, hip-hop and lyrical. Jessica pursued full-time training at the Tanya Pearson Classical Coaching Academy for 2 years and received the opportunity of competing in the Youth America Grand Prix and the Genee International Competition. In 2011 Jessica furthered her full-time training at the Vocational Ballet College and Academy Ballet. She then moved to New York City that same year to attend the prestigious Joffrey Ballet School. After graduating the school in 1 year, she accepted a contract with the Joffrey Touring Company NYC. She was a company member for 2 years and had the privilege to travel along the East Coast of America and to Florence, Italy.

Ben has been dancing since the age of 7, with focal training in Ballet, Contemporary and Jazz. This further developed to exploring other styles, ranging from hip-hop, acrobatics, musical theatre and tap. Being a former IPA student, I thought about my next step after graduating high school and decided to attend Ev and Bow Full-Time Dance Training Centre for a year and receive my Certificate IV in Dance, under the guidance of Sarah Boulter and Adam Blanch. Ben was awarded DanceLife Unite Senior National Champion and received a 3-month scholarship to train in New York City at Broadway Dance Centre, where he was lucky enough to assist international choreographers at workshops, conventions and open classes.
Ben will soon begin a new production that he have been cast in, being ‘King Roger’ with The Opera Australia, beginning in December 2016. Ben has been accepted into the new upcoming season of The Dream Dance Company for 2017, choreographed by Sarah Boulter and Directed by Marko Panzic.
Ben wishes to continue to inspire and be inspired by other dancers around him and share his knowledge with them, whilst further developing his love and passion for dance and teaching.

Deborah studied RAD ballet and ISTD National Character as a child with Dalvern Thom and then went on to continue her studies full time with Joan and Monica Halliday, completing all levels including her RAD Advanced Certificate in ballet and achieving her ARAD status. After travelling extensively and performing internationally, Deborah returned to her teaching career and completed her RAD teacher training qualification with Prudence Bowen and has been an active RAD registered teacher since 1992.

At home in Australia, Deborah has been involved in much commercial work and has performed in a great many shows, events and featured in TV work and photo shoots. Deborah has also judged locally for the Showcase Australian Dance Championships Regional Competitions and Showcase National Finals in Australia and New Zealand. Deborah has also been on judging panels for dance competitions internationally, such as Canada and the USA and was in the very first cultural exchange performance in China.

For 12 years she was the Studio Director of the Deborah Johnson Dance Centre in Castle Hill and had many successes with her students having placements with the Australian Ballet school, VCA, Chicago Ballet, Elmhurst and the Moulin Rouge Paris. Deborah’s students have had abundant success on the competition circuit, winning many prestigious competitions, including Sydney Eisteddfod and training the Intermediate winner of the 2008 RAD Isobel Anderson Awards.  In 2012 Deborah founded Northern Beaches Dance Co, which quickly grew to over 350 students by its 3rd year of operation.

During her time there, she extended her knowledge of preschool dance training with Beverley Spell from the USA and launched her own Tiny Stars preschool curriculum. Deborah has recently sold her school and is currently working as a freelance RAD ballet teacher, working for some of Sydneys most prestigious full-time ballet schools such as Tanya Pearson Classical Coaching Academy. She is passionate about continuing her professional development and is experienced in exam preparation for all ages and levels. Deborah has also overseen and been appointed Mentor by the RAD for many new teachers undergoing their teacher training qualifications. Deborah has successfully been selected by the Artistic Director of the RAD, Paula Hunt to attend the 2018 RAD Examiners Training Program. This year Deborah was fortunate enough to travel to the Institute of Arts Barcelona, where she attended the World Dance Movement Convention.Deborah is looking forward to sharing her love of ballet and years of teaching experience with a new generation of dancers to inspire, as well as nurture the dancers and dance lovers of the future. 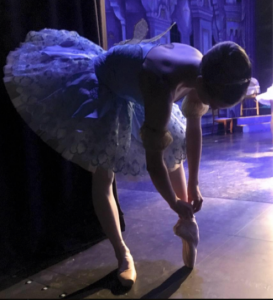 Klarissa studied full- time ballet for 6 years at The Conlan College under the previous direction of Simone Conlan. Klarissa has completed all her RAD Ballet Exams achieving High Distinction not to mention, a score of 100% for her Advanced 2. Klarissa received multiple offers to dance professionally overseas including, Ajkun Ballet Theatre and Stara Zagora State Opera Ballet. In 2018, Klarissa travelled to Melbourne to join Melbourne City Ballet. Klarissa has been teaching all over Sydney, Melbourne and Tamworth for many years and is excited to spread her knowledge to students at IPA.

Bianca, 23 years of age trained at Evandbow full time for 2 years receiving a diploma in dance majoring in classical/contemporary. Once graduating she joined the Dream Dance Company’s season 3 “Enter the vortex” choreographed by Sarah Boulter. Throughout her dance journey she has been under the influence of Sarah Boulter, Adam blanch and Catherine Goss. Gaining knowledge from leading contemporary choreographers, Bianca has participated in Lucy Guerin’s “The dark chorus” secondment as well as Hofesh Shechters intensive in Perth. Recently she performed in Neale Whittaker’s showing “Una Palabra” 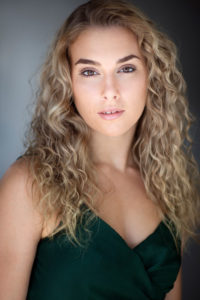 Sasha began training at age 4 in all genres including jazz, contemporary, hip hop, musical theatre, acrobatics and ballet where she completed RAD grade and major exams. Sasha has trained with choreographers such as Loredo Malcolm with “LOcREaDO Dance Program” and Jason Winters with “The Movement Contemporary Program”.  After graduating from Newtown High School of Performing Arts, Sasha went on to train full-time at Brent Street where she completed her Diploma of Dance (Elite Performance) focusing on Performing Arts as well as completing The Dream Dance Company’s ‘Show | Business’ course.

Sasha hopes to share her passion for the performing arts with her students, educating and training them to be the strongest and most versatile performers they can be.